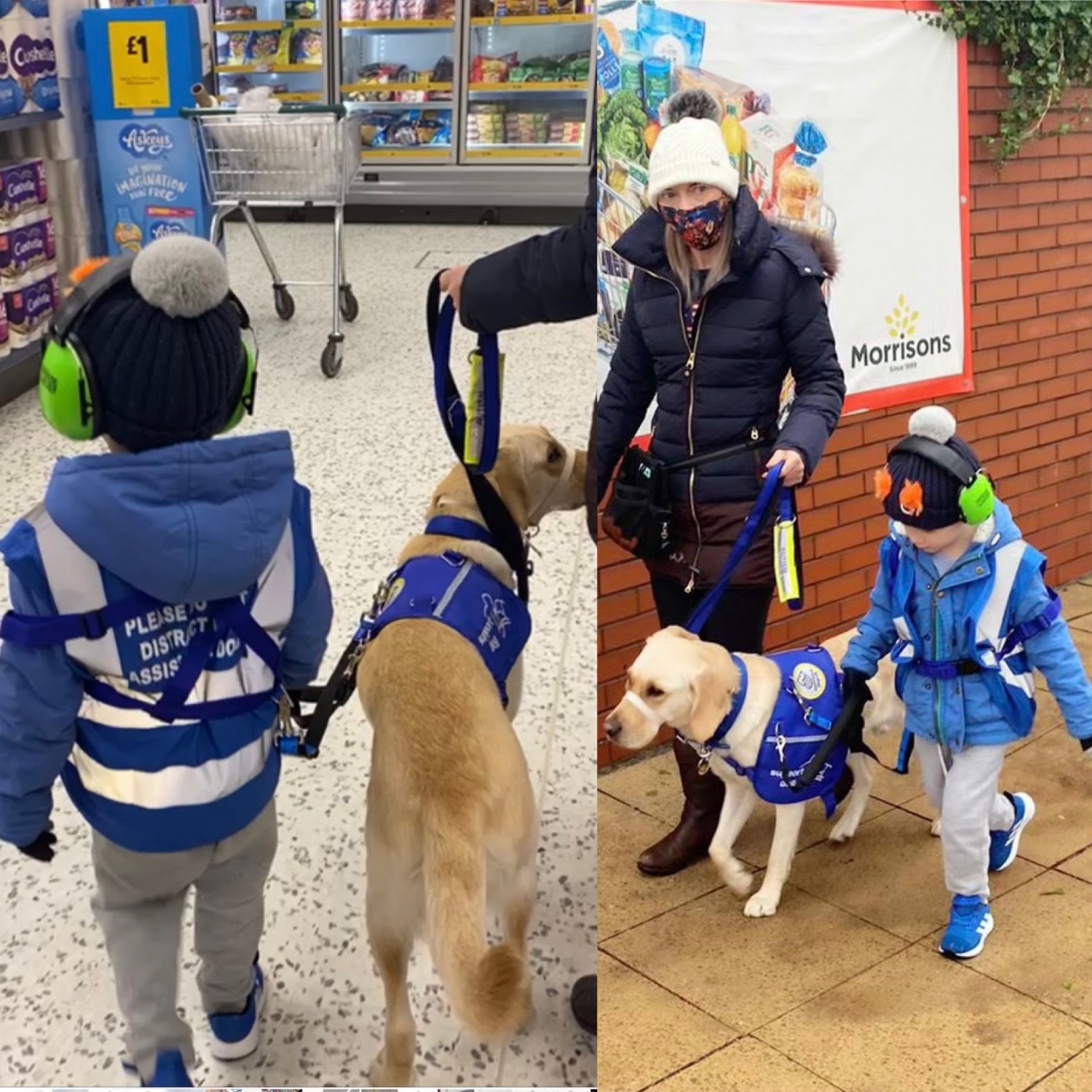 Does this look like we’re trying to take our dog for an afternoon stroll in your store Morrisons ?!!!

Or does a tiny bit of common sense show that our disabled son has an assistance dog which actually enables our visit to take place!

Franklin has had some regression in his training with Thunda over the past week or so and he’s really struggled to process everything going on, causing him extreme anxiety. This isn’t unusual with Franklin and perhaps it went too well initially lulling us into a false sense of security. We have been using this half-term week to build this back-up with a small trip out and a tether every day. The actions of a very rude securely guard at our local Morrison’s today could easily have ruined all of his progress.

Whilst walking in we were dragged back and informed dogs weren’t allowed in the store. We calmly explained Thunda was an autism assistance dog for Franklin. He did not accept this so we explained our son has autism and this is his assistance dog who is here to support him. Again we were told “no dogs”. I then produced our Support Dogs letter which also explains. At this point he very loudly told us to “come over here!” and almost dragged us to the side like we had stolen something, causing quite a big scene in a busy supermarket. Our 9 year old daughter was mortified and looked ready to burst into tears.

As if it’s not stressful enough worrying about Frankin coping in this situation, and the anxiety that causes us to feel since we set off in the car to the store, without having to deal with this too!

We’d had enough of the rude manner in which we were being spoken to and went to find the manager. He was lovely and apologetic. After speaking to his manager and no doubt being told to, the security guard later found us and apologised, and of course we accepted – but that’s not the point is it.

Today should have been a celebration. Franklin (and the wonderful Thunda) coped brilliantly despite all the commotion, but I’m left feeling upset and angry. We had to go through all that and also how much this could’ve affected Franklin’s progress, having such a negative experience could have massively set him back again.

Big organisations like Morrisons need to be responsible for training all their staff on inclusivity and acceptance. Not all disabilities are visible!