Franklin is struggling. Being completely thrown out of his routine so suddenly has been difficult for him to process. The first week consisted mostly of meltdowns, screaming and tears for the majority of each day.

This week has progressed onto him now trying to claw back some control of this unsettling situation, and this involves a significant increase in his rituals. He is now repeating every action at least twice.

I pass him his drink or a bowl and he has to pass it back to me twice before he will take it. When he picks something up off the shelf or out of his toy box, he puts it back and then picks it up again before he’ll actually play with it. Turning the light switch on and off at least twice before going into a room is another, even during the day when we don’t need the light. Each time he uses the toilet, he leaves the room then goes immediately back in to use it again, although he clearly doesn’t need it.

He is trying to make things as predictable as possible to help reduce his anxiety. The rituals give him that sense of control. 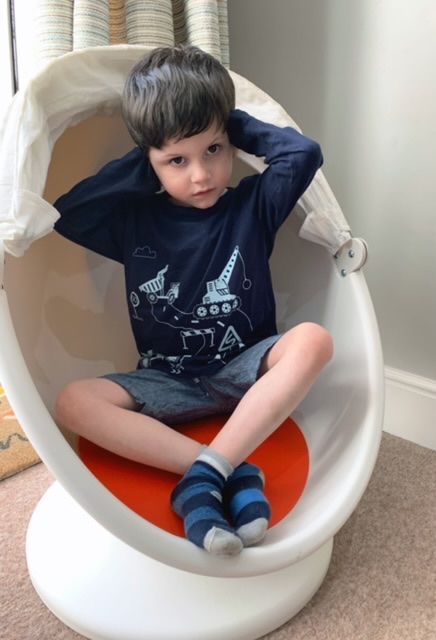